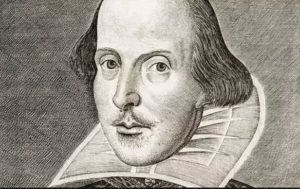 Few persons might not have heard about William Shakespeare who take an interest in dramas. Shakespeare is one of the figures in English literature or world literature who remains one of the most commented or written or discussed figures in the world. Shakespeare was a man of multiple talents. He was a great English poet for his sonnets are very popular and even taking his sonnets only can make him immortal in the world of literature. But he was a playwright, an actor as well. Often called the greatest writer in the English language he is also regarded as the national poet of England.

Shakespeare has written approximately 38 dramas and many sonnets and two long narrative poems also. His plays are popular not only in his country but also throughout the world. His dramas have been translated into most major languages of the world and his dramas are performed more than any other dramas ever written in the world.

He was a versatile dramatist and wrote both tragedies and comedies and some were historical. And he wrote so beautifully and artistically that his dramas got great critical appreciations all over the world and whatever dramas were written later on were modeled on his types and styles. His best tragedy is Hamlet and of course, this book has a great impact and the character of Hamlet is uniquely matchless. A famous line from Hamlet: To do or not to do. That is the question is indeed something that has a great philosophical connotation.

Modern dramas have a great debt from Shakespeare’s works and of course. His works have influenced poetry written in later days and some of the great romantic poets have heavily drawn on Shakespearean models and the poets like Coleridge, Tennyson owed immensely to his poems. Even novel writing also has been shaped by his thought and technique and most of all by his style of characterizations. His drama Hamlet has such a character even the great psychoanalyst Sigmund Freud took upon Hamlet’s character for his ideas about human nature.