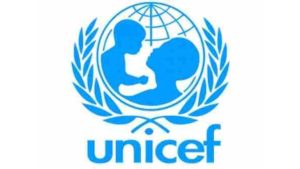 KABUL, Nov. 19 (Xinhua) — The United Nations Children’s Fund (UNICEF) representative in Afghanistan has expressed concerns over the status of children, poor access to school, and malnutrition in Afghanistan.
“We have a very serious concern about the education of children in Afghanistan because there are 3.5 million children who are out of school; while they are supposed to be in school,” Adele Khodr, UNICEF’s country representative, told Xinhua in an exclusive interview.
She said 75 percent of those 3.5 million children out of school are girls. In conflict-hit Afghanistan where people, mostly in the countryside deeply believe in old traditions, many parents are reluctant to send their girls to school due to security concerns and cultural barriers.
“Even if the girls go to school, they leave the school earlier, when they became the age of 12 or 15 years,” the UNICEF representative said. In the militancy-plagued areas where armed opposition groups including Taliban and Islamic State (IS) outfits are active, many schools remain closed, according to local officials in the countryside.
Early this year, an official with the Ministry of Education, Asadullah Mohaqiq, while briefing Mushrano Jirga or upper house of parliament, confirmed that 1,005 schools remained closed across the conflict-hit Afghanistan due to security problems, poverty and other reasons, depriving countless children including girls of the chance to get the education.
Khodr also expressed concern over the quality of teaching for children and their learning levels. The education situation has been improved in Afghanistan since the collapse of Taliban regime in late 2001.
According to Afghan Presidential Palace, less than 1 million children had access to education during Taliban reign, which collapsed in late 2001, but the number has soared to more than 9.5 million children with 40 percent of them girls attending 15,000 schools across the country in 2016.
However, the country still needs to do more to facilitate all children to get access to school. Another challenging issue for children in Afghanistan is malnutrition, said the UNICEF representative.
Khodr said there are 600,000 children who are severely malnourished in Afghanistan, describing the situation as “severe acute malnutrition.”
She said the rate of stunting or chronic malnutrition in Afghanistan is 41 percent; not only does this mean that children are short for their age, but more importantly it means that the mental and intellectual capacity of these children once they become adults is stunted too.
Noting that the malnutrition problem has a direct economic impact, she said investing in nutrition is investing in the country’s economic growth. She also noted that Afghanistan is one of the three countries in the world still fighting the crippling polio disease.
The official said polio is a disease that affects children all their life, adding that so far this year, 10 polio cases have been registered in the country, mostly in the southern Kandahar, Helmand and eastern Nangarhar provinces. Access to all the districts is difficult due to security reasons.
“And there is only 43 percent of children in Afghanistan under one year of age who are fully immunized against the five vaccine-preventable infectious diseases, meaning they have received all the vaccines,” she said. This has a direct impact on immunity of children and therefore on polio.
The official has also expressed concern over living conditions of street children, saying the children may easily fall victim of the war and smugglers and also may be recruited by fighting forces.
According to a report of United Nations Assistance Mission in Afghanistan released in October, the ongoing conflict in Afghanistan had caused 2,480 child casualties including 689 deaths and 1,791 injured during the first three quarters of this year.
Khodr, who has been UNICEF country director in Afghanistan since June 2016, said that UNICEF Afghanistan program is one of the biggest for UNICEF and among the top 10 in the world.
She added that UNICEF, besides supporting 300,000 out of 600,000 severely malnourished children with food and clothes, would also bring teaching and learning materials like pens and back bags to more than 1 million children in Afghanistan.
UNICEF also helps around 75,000 children to get the education in community-based schools in areas where the government does not have schools, besides buying vaccines for preventable diseases and supporting 3,700 social mobilizers to go house to house and give awareness about polio risk to help the war-ravaged country get rid of the crippling disease. Enditem.RSS