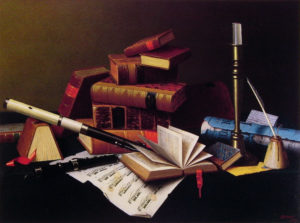 Imagine there is no music. Life would have been dull and boring. Perhaps it is music, literature, and art that has given us a different world than our fellow – animal beings. Maybe there are other things that have added beauty to life. They are sports, movies and the like and yet now we want to limit this write-up to the trio- literature, art, and music. While these three things are great things for recreation and refreshment in a world of rush and run. Or living in a world of commerce we are always running after a fortune, a fortune of amassing huge amounts of money and living in a great power that enables us to rule over our fellow beings. That encourages us to take to politics. But politics is a dirty game and it is called a dirty or foul game because you cannot play a fair game here. You cannot succeed in a political career until and unless you are ready to deceive your fellow beings. You have told lies and sell the dreams that can never be realized and must raise huge sums of money making compromises with businessmen. You have to take even help of mafias. But it is literature, art, and music that urge you to live honestly and by being at peace with the rest of your fellow beings.

Literature, art, and music are often called the imitation of nature and of course, it is. For without being able to paint nature on a canvas you cannot be a true artist and as a writer, you have to be able to write about nature and the first singers were birds and singers always imitate, at least the most ancient singers imitated the sounds of birds. Imagine yourself on the bank of a river and stay on a rock for a while and listen to the murmurs of the river. You can find there a great music, rhythm, and beauty – all blended in the flow of the river.

Literature, art, and music are the mirrors of society. Most of the revolutions happened in the world because there were writers behind the scene and  for example one of the great revolutions that has changed the course of history and shaped the way we think is the French Revolution and the men behind the French Revolution were some great writers like Rousseau, Voltaire and of course their revolutionary thoughts urged the people to voice and  rise against the tyranny.

In Russia, we know one great writer Maxim Gorky. The Mother written by Maxim Gorky is one of the great books or the book that has been a best seller for decades. And this book is all about revolution and the people woke up from their long slumber and for the first time realized that they were living under a tyrannical government and living in slavery is equal to being dead. Therefore this is one of the books that blaze the fire of revolution.

There are other writers like Charles Dickens whose immortal novels mirror the society of his country and the way the people were living in utter poverty. Therefore it has helped the people of the country to know the real situation they were in.