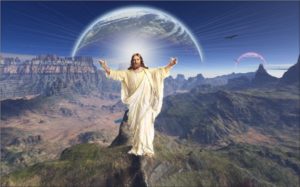 The historicity of Jesus was always in doubt. The historical evidence that Jesus lived and died is a matter of controversy. There are no concrete pieces of evidence for his life. And there was no proper genealogy or lineage to this end. Believers argue that Jesus really lived and worked a great deal for the emancipation of humanity no doubt. But a few scientists debated that Jesus is a mythological figure.

No matter even people mythicized Jesus, or in simpler words, even if Jesus was not a historical person, there is little doubt that the teachings have always been good and the world learned a lot from the teachings of Christ.

The founder of Christianity – the historicity of Jesus was questioned by many modern thinkers, scientists, and philosophers. There are mythical or legendary elements with regard to the life of Christ that does far from providing scientific evidence that Jesus was really born. There were no documents based or archeologically evidenced facts that Jesus was a real person. Nonetheless, Christianity is associated with the life and works of Jesus. But in an age of science wherein, everything is questioned and even the existence of  God has questioned it is no issue that the life of Jesus is questioned.

Today Christianity is a widespread religion and it is growing through missionaries in Nepal and it indeed angers those staunch believers if the birth or existence of Jesus is questioned or doubted.

Whether he was a mythical person or a real living being is a matter of investigation, research. But the story of Jesus is interesting no doubt. Maybe Jesus as a person was existing, and he could have been a real person but his supernatural personality is nonetheless questioned. And his stories of miracles could not be believed in this age of science.

One thing we must not forget that the teachings of Jesus have been beneficial on average and he had taught to be forgiving and charitable. But Christianity at large has been a divisive force and it has divided humanity along racial lines. Maybe that was not the real purpose of Jesus if he was really a living and real person.