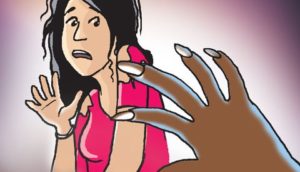 Nepal is changing and in a better word, Nepal is in transition.  When we say Nepal is in transition we mean everything is not the same as it was yesterdays. No doubt the world is changing and this is the nature of the world that cannot remain constant. But the rate or speed of change is far greater than it used to be three to four decades ago in Nepal.

One thing, for example, is abortion.  Abortion is legalized in Nepal.  That means a few years ago women could not abort freely or legally and they had to do it secretly.  When we say abortion is legalized it may say lots of others things. Most of who abort themselves are those women who do not want to give birth to babies. That means they might have premarital sex or in simpler words, they have sex before their marriages. And they might have been pregnant and having babies before marriage may put them in difficult situations. Now they can go to hospitals and easily solve the problems. This shows today girls can have relationships before marriages and if they do not fear it. In yesterday’s world if girls have sexual relationships with their boyfriends they could not abort or if they wanted it was illegal and there were so many hurdles to carry out abortions. They have to marry with the boys they have intercourse with whether they wanted or not. Problems arrived when the boy and the girl come from different castes or cultures. If they could not engage themselves in a matrimonial tie they had to end up in great problems. Society would mock the girl and she would have to face great threats or challenges. But in today’ s world this is not an issue and girls or boys can make multiple relationships but when it comes to their marriages all these things would not affect their lives.

We cannot judge or say whether this change in our society is good or bad. But we can surely say that today’s youths are freer, cleverer and more and more becoming self-reliant than their counterpart earlier generations. No need to say when they are freer than those who were born a couple of decades ago they have bigger challenges also. Sometimes they become much more depressed. Sometimes, having multiple relationships or flirting put them in a whirlpool of problems also.

Therefore a great responsibility lies with the parents to guide their kids in a very friendly way. They have to cultivate good thoughts and teach them to act responsibly. Today’s youths are financially becoming independent and therefore they carve out a path for themselves. Since they are better educated they know better than the youths of the past generation.