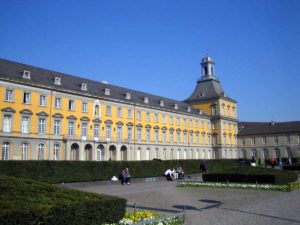 BONN, Nov. 18 (Xinhua) — As the 23rd session of the Conference of the Parties (COP 23) winded up here Saturday, China’s special representative on climate change affairs, Xie Zhenhua, said the major dialogue on climate change, “though still not 100 percent satisfactory”, had succeeded in reflecting the concerns of all sides in a balanced manner and he hoped developed countries would shoulder their obligation.

PARIS AGREEMENT
Xie said a balanced negotiation document had been worked out covering all related issues in implementing the Paris Agreement.
The COP 23 also clarified plans to organize facilitative dialogues in 2018 and endorsed a slew of arrangements to speed up the implementation of the pre-2020 climate action and commitments to reduce CO2 emissions.
Xie said the flexibility and constructive actions adopted by the participating countries had laid a foundation for completing negotiations on the implementation of the Paris Agreement as scheduled.
Pointing out the tough tasks lying ahead, he said China will support the work of the Poland’s presidency to ensure negotiations on detailed plans for implementing the Paris Agreement could be completed according to schedule.
“We hope that all sides adhere to the principles of equity, ‘common but differentiated responsibilities and respective capabilities’, and take actual conditions of each country into account while pushing forward negotiations on the implementation of Paris Agreement,” Xie said.
He also hoped that all sides would speed up ratification of the Doha Amendment that establishes the second commitment period of the Kyoto Protocol, and that developed countries would continue to execute their obligation to provide funds, technologies and capacity-building to developing countries.

PRE-2020 ARRANGEMENT
Xie told a group of reporters following the closing conferences that lasted from Friday to Saturday morning, that balanced results that are not satisfactory but acceptable have been achieved at the COP 23, which demonstrated the spirit of cooperation and win-win.
Big divergence existed on the pre-2020 arrangement at the start, Xie said, adding with China’s mediation, developing countries had demonstrated “unprecedented solidarity”, and developed countries displayed flexibility, leading to the result of designating pre-2020 an agenda item in follow-up negotiations.
The agreement is most difficult to be reached on the issue of funding, an issue that also concerns developing countries the most. “Nevertheless, some arrangements have been made accordingly with concerted efforts,” Xie said.
To achieve this result, China had stepped up coordination with the rest of BASIC nations (Brazil, South Africa, India, China), Like Minded Developing Countries (LMDC) group, and “G77 plus China”, and kept close consultations with the European Union countries, the Umbrella countries, and others.
“We have found solutions finally, and agreed to add unresolved issues to next year’s agenda,” said Xie.
“This year’s COP meeting lasted for three weeks if we take consultations within different groups into consideration, and today’s meeting had lasted for over 20 hours, but finally we can call it a success,” Xie told reporters. Enditem.Rss