Some persons are self-luminous, that means they are stars, always illuminating themselves and the rest of the world from their light. Ani Choying Dolma is one such shining star in Nepal. You need not a background or no matter where you are born you become popular through your efforts and the world will know you soon.

Like the Buddha was born in Nepal, a small country but today billions of people are following Buddhism all over the world. Dolma is an also a little Buddha or her is a Buddhist monk from Nepal and is shining throughout the world through her lights, that is her own talents, charisma, and generosities. 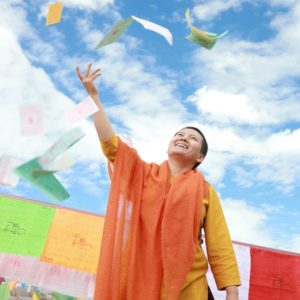 She is a lady of multiple personalities. She is a great spiritual teacher and this is her profession. She is a great musician also. Born in Kathmandu she is a great musician from the Nagi Gompa nunnery, a Gompa in Nepal. She has brought many Buddhist chants. The UNICEF has appointed her as the Goodwill Ambassador to Nepal. Born to the parents of Tibetan Exiles she lived a life of tortures in her earlier formative years up to 13.

Her father was a bad person and she got a lot of physical assault and abusive. She was an unhappy child and finally, she made up her mind to join a monastery at the age of 13. She joined in the Nagi Gompa nunnery to start a new life, a monastic life. There she got a chance to learn music and Ani could be a great musician. Today she had s 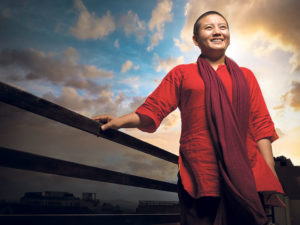 ung so many songs both nationally and internationally.

A famous guitarist known as Steve Tibbetts visited the place Ani was living. Through collaborations with Ani, he recorded two albums in the Tibetan language. The songs named are Cho and Selwa. These songs got a great success. She toured to many places throughout the world for her performances.

She sang songs in Nepali also and one of her hit songs that touched the minds of many.

She has another personality as a great philanthropist and she opened even schools for children in many parts of the country.