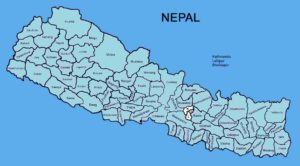 Nepal is going through a great deal of transition and the tempo is now gearing. It is good to see that we have so many hospitals and schools mushrooming in the country. It is indeed a sign of development no doubt. But unfortunately, all these things of development are concentrated in major cities only. This has galvanized the density of population in major cities and the majority migrating to these cities every year. The government must campaign to spread this development to the rest of other zones and cities so that the majority of the population could benefit from such developments.
One major question can be asked to this end? Has the majority of Nepalese people have access to the schools and hospitals growing in large numbers in Nepal? Of course not and the majority cannot have an access to better schools and better hospitals. Medical treatments of most hospitals and doctors have been professions of making lots of money. The doctors charge their patients mercilessly and the poor patients at times die failing to get a treatment. And hospitals do not charge their patients sometimes unethically and recommend some unnecessary treatments also for money. Therefore the morale of the common man is declining day by day and all are running after money and few know where to all these lead ultimately.
The same is the plight of the people who want to give their wards a good education. Private schools charges are so high and government-run or community schools are not imparting quality education. Therefore these so-called English mediums schools or often called boarding schools have been attracting the majority even if they are too poor to spend.
What is shameful is these hospitals and schools charging enormous money to their students and making mountains of wealth are mostly tax evaders. The government of Nepal is silent about all these burning issues in the nation. Of course these sectors- school and hospitals are very essentials and it is the right of the people of the nation to get education and treatment. No matter how many good schools and good hospitals are opening every year but only a few rich have an access to it.