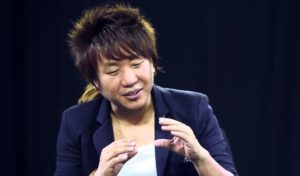 I do not remember exactly the date range. However, my relationship with Yogesh Bhattarai is long ago. We were found in a college in Kathmandu due to different dreams and conflicts 15/16 years ago. She was in student politics at that time. I was in the same singing. On one hand, he was also in the stages of struggle. I was also in the stages of the struggle of musical journey . He used to go to speech as colleges of Anuroservice in colleges. I would sing songs as a singer. However, we both say the commitment or the dream was the same, which we are looking for in the field, to be established there.

He went to party politics from student politics. I was on my singing journey. There was no long time in the middle. I was getting to know about media. I think he was also updated about my music trip. Later when social networks came, then we added again. We added again via the Inbox, comments. We accidentally met at the fitness club, separated from Kaleel’s field. At the club of Narayanhiti  Museum, we go together at the club.

Simple and Outstanding Leader
I have compatible with many leaders. I have also got an opportunity to know and know him closely. However, most leaders are like those who look out from one look, others are inside. Someone else seems to be a fool. But, I see the same as Yogesh Bhattarai. From any angle, he never remembered the splendour and kindness of the leader. The young man is the secretary of a big party. At that time, he should be proud of reaching the verse, but he will not find it anywhere. Who also treats simply. Another of his favourite things is his honesty. I think, a wise and simple leader, like Yogesh Bhattarai, is very difficult to find. It is a very priceless theme for our generation to get a leader like him. Another good part seems that he is not greedy. Perhaps due to that reason, he has been established as a unified leader.

Earlier, I was very sorry to hear the election loss in elections. Why choose the good and the good leaders to elect? I got a lot of interest in my mind. Of course, good people are called to be more lazy. Chanakya has also said, ‘Very straightforward trees are cut shortly because that tree seems to work for everyone.’ Perhaps his people might have tied the foot in the same way.

Future Leader
I do not care much for politics. I am not even a pro-party. As a citizen of this country, I feel like a good leader in the country. If the country becomes prosperous, naturally it benefits all the citizens. I want to see Yogesh Bhattarai as the Prime Minister of this country, even in the same conscious citizen and a friend. The country like a leader led this country would certainly prosper. Perhaps he liked him. He feels that one day it reaches the country’s leadership.

Opportunity for Taplejung
In the meeting, he talks with him on the inbox and telephone. He asks about my music trip. I ask about his politics. In the last time, he had told that he would go to the polls in Taplung in his birth. I said at that time, ‘I’m ready to sing songs for you!’ Later, he decided to go to Taplejung. It is not only Taplejung, but it is a matter of pride for our territory. I already said, there is no extra request and belief with any party, leader or group. Being a citizen of this country, I believe that nobody else wants to lead the good leaders to reach leadership. Yes, I say with that same belief, Taplejung should live with him this time. We do not say leaders, but we do not allow the leaders to search for and do so. Our problem is the same. If we want to change our country in our lives, we should also change. Use discretion to send to the original representative. If we lose leaders like Yogesh, our dream goes on. The dream of our prosperity hurts. I think this historic opportunity will not be lost by the leaders of Taplejung this time.